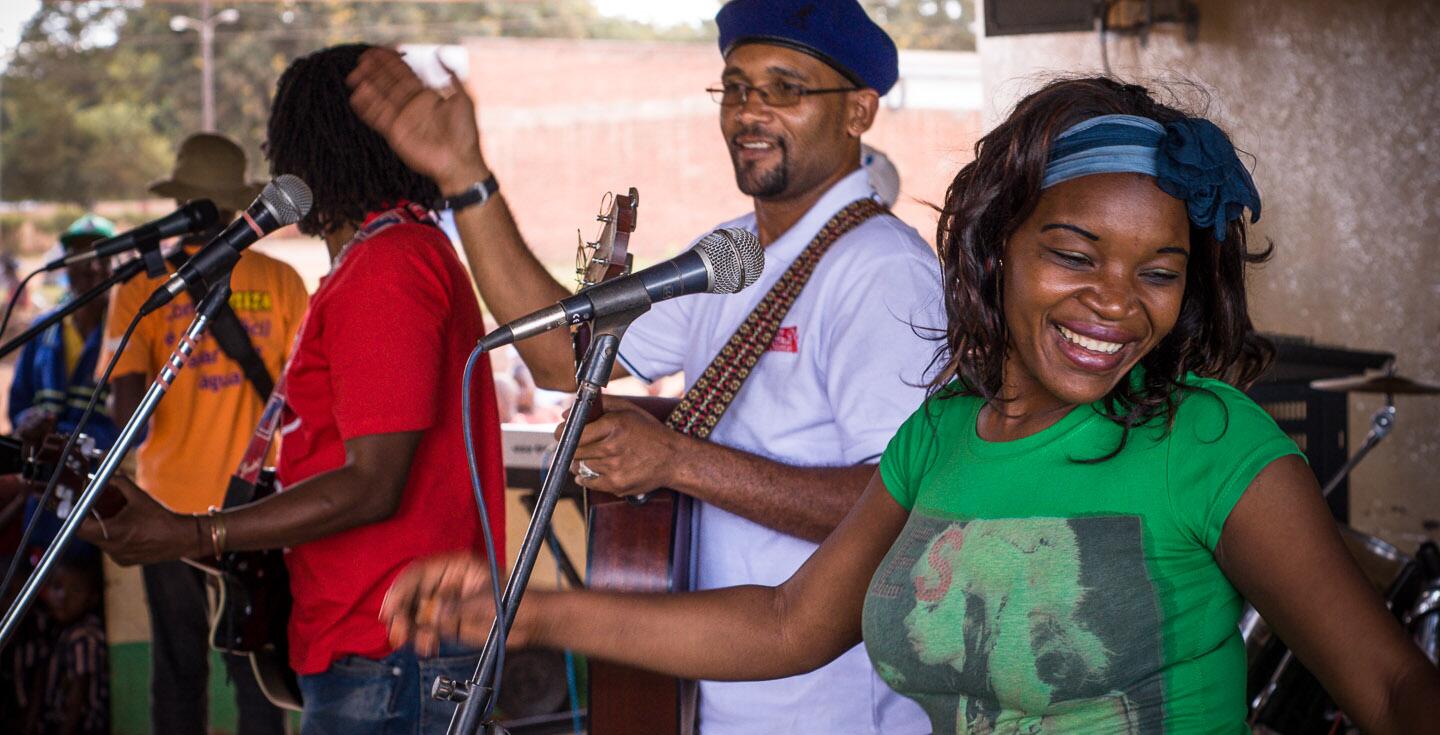 These days with cheap recording studios proliferating anywhere the Yawo have access to electricity and computers, every young man wants to be a rock star. A new resurgence of pop music has cropped up as a result throughout Yawoland. (Check out our Youtube playlist to see what I mean).

Yawo music seems to break down into the following categories: pop, folk, church, Islamic (traditional & Swahili-influenced), classic radio tunes, instructional songs used during initiation time with boys and girls and children’s play songs. Truly internationally recognized bands featuring Yawo music are rare though Massukos has done well for themselves with their quality recordings and true talent mixed with a penchant for passing along health-related information in their lyrics the mostly uneducated masses have picked up.

Massukos is probably the best African band out there featuring several tracks on each of their albums using Ciyawo. Bumping is the second release by the talented Lichinga, Mozambique-based band “Massukos”. Non-Yawo songs included on their albums are in Chinyanja, Makua and Portuguese. Available for download after purchase online through iTunes, or in person from the Estamos NGO office in Lichinga, Niassa Province. Sample some songs here. Their other albums are titled Canções da Nossa Terra and Kuimba Kwa Massuko.

See our collection of Yawo proverbs, available in audio, courtesy of Dr. Ian Dicks' Wisdom of the Yawo People.